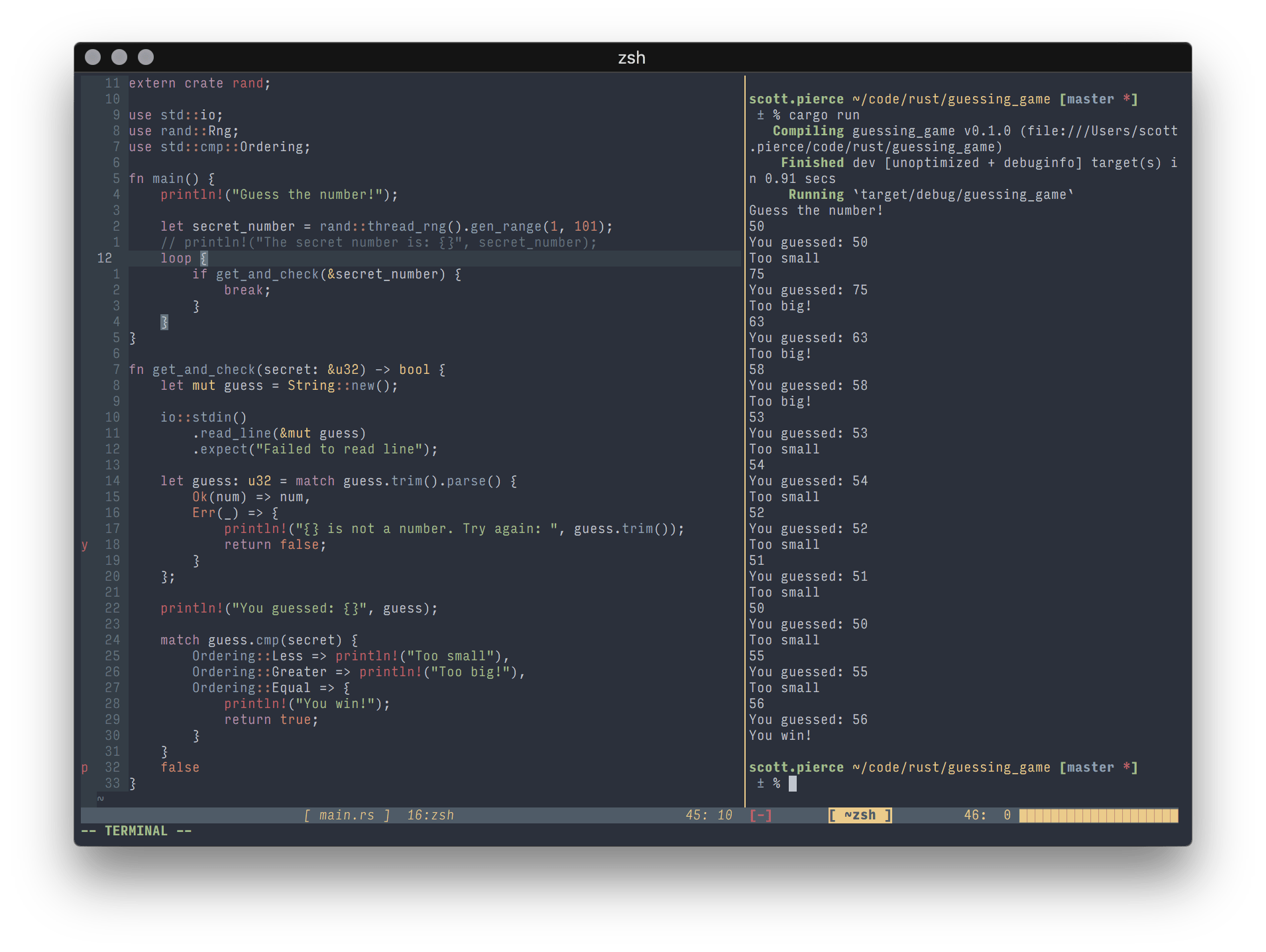 After dabbing in Go and Crystal, I figured I'd give Rust a try. Of course I used Vim along the way. Here are some notes I compiled after my first session.

There are 2 excellent Vim plugins which play nice with Rust. First is https://github.com/rust-lang/rust.vim which provides:

It has nearly 1k stars, one of which is from me, and it's triple the stars of rust-mode for Emacs.

The second plugin is https://github.com/racer-rust/vim-racer which provides omni-complete and jump to definition. Both features are good enough that I don't need to use ctags. I've in fact overridden several default Vim mappings with vim-racer implementations:

The featured image is an implementation of a number guessing game. The game is from the Rust Tutorial Guide at https://doc.rust-lang.org/book/first-edition/guessing-game.html. I followed the guide sentence by sentence, line by line, and everything worked without additional troubleshooting sessions. Good Job @rustlang!

I massaged the code a little more to fool around and came up with the code in the featured screen shot. The source is available in this gist. It's not the most exciting code I've ever written, but possibly the most painless of the new languages I've tried.

When I came across some confusing language decisions. I posted a tweet about it:

Rust has clever tuple indexing, but square brackets would have been fine. What's wrong with `tuple[0]`? #rustlang pic.twitter.com/E0VY70zxuV

@rustlang responded quickly with insightful information. They're totally getting the Raving Fan Award this weekend!

Rust is worth pursing with or without Vim. The feedback from the compiler and runtime errors is clear. The racer-rust completion utility gives all IDE super powers. And finally, I hear it's a pretty good language, too. https://www.rust-lang.org