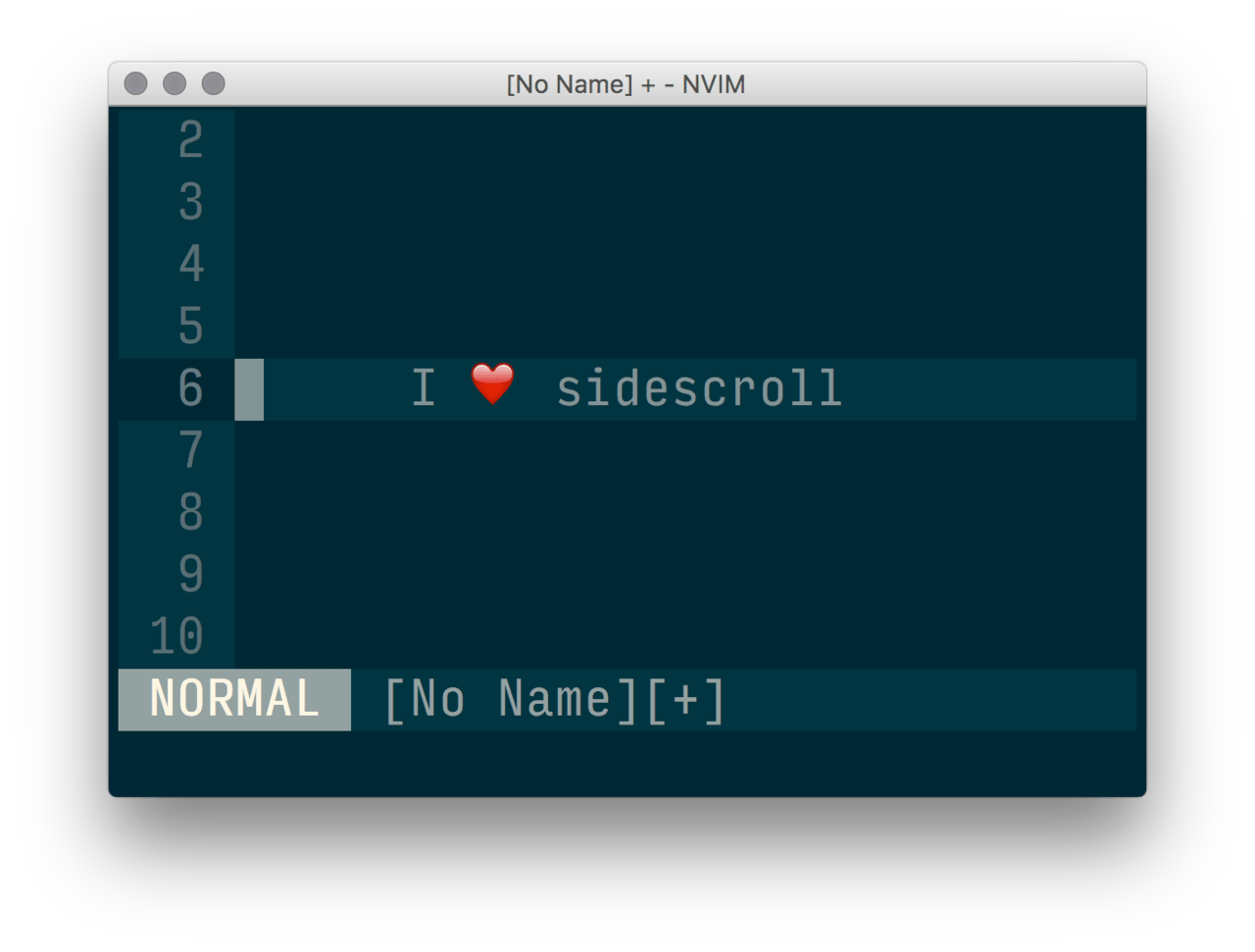 Sometimes it's the little things that make a big difference, and this is about as small as it can get. Occasionally, I hold down l, w, or e to view long lines which have disappeared off the window. It's a bad habit and the penalty always ruins my concentration. But after I found this setting, I'm free to cursor around like an innocent child unaware of death.

When set wrap is off, otherwise known as set nowrap, and a line is longer than the window can handle, you'll need to scroll to see more of the line. {x}zl and {x}zh will scroll the screen right and left respectively. That's a lot to remember to see some more text. Which leads me to hold down w or e to get it done followed by janky behavior when the cursor gets to the edge of the window. The default behavior of revealing more text is ½ a window width at a time. This abrupt jump throws off my fragile concentration.

Turn on word wrapping. set wrap. Boring, but effective. You might also want to make word wrapping look nicer. I do that with the following settings.

This of course doesn't solve the problem if, in fact, we want wrapping off.

This simple setting makes Vim behave like every other plain editor. It will incrementally scroll one character at a time to reveal more text as needed.

Here's the help doc to clear things up:

Seems like the default was intended for a "slow terminal". If you're using a slow terminal while editing a large amount of unwrapped text, I'd recommend getting a computer from this millennia and enabling sidescroll. Also note that a sensible example is shown in the sidescrolloff section.

It's interesting to study all the decisions made due to slow terminals. Try :help slow-terminal for a quick look and try :helpgrep slow to see way more mentions. Use :help helpgrep if you didn't know about helpgrep :)

I'm sure you're thinking why so many words were written for a single setting. Similar to my previous post about Yank without Jank, these unexpected janky behaviors cause anxiety. Anxiety that usually can't be identified or resolved in the heat of a coding session, but is there, wading in the weeds, ready to pounce at your next stray keystroke. As a student of Vim, I want identify and resolve these issues so I can get back to why I like Vim; using the dot operator.